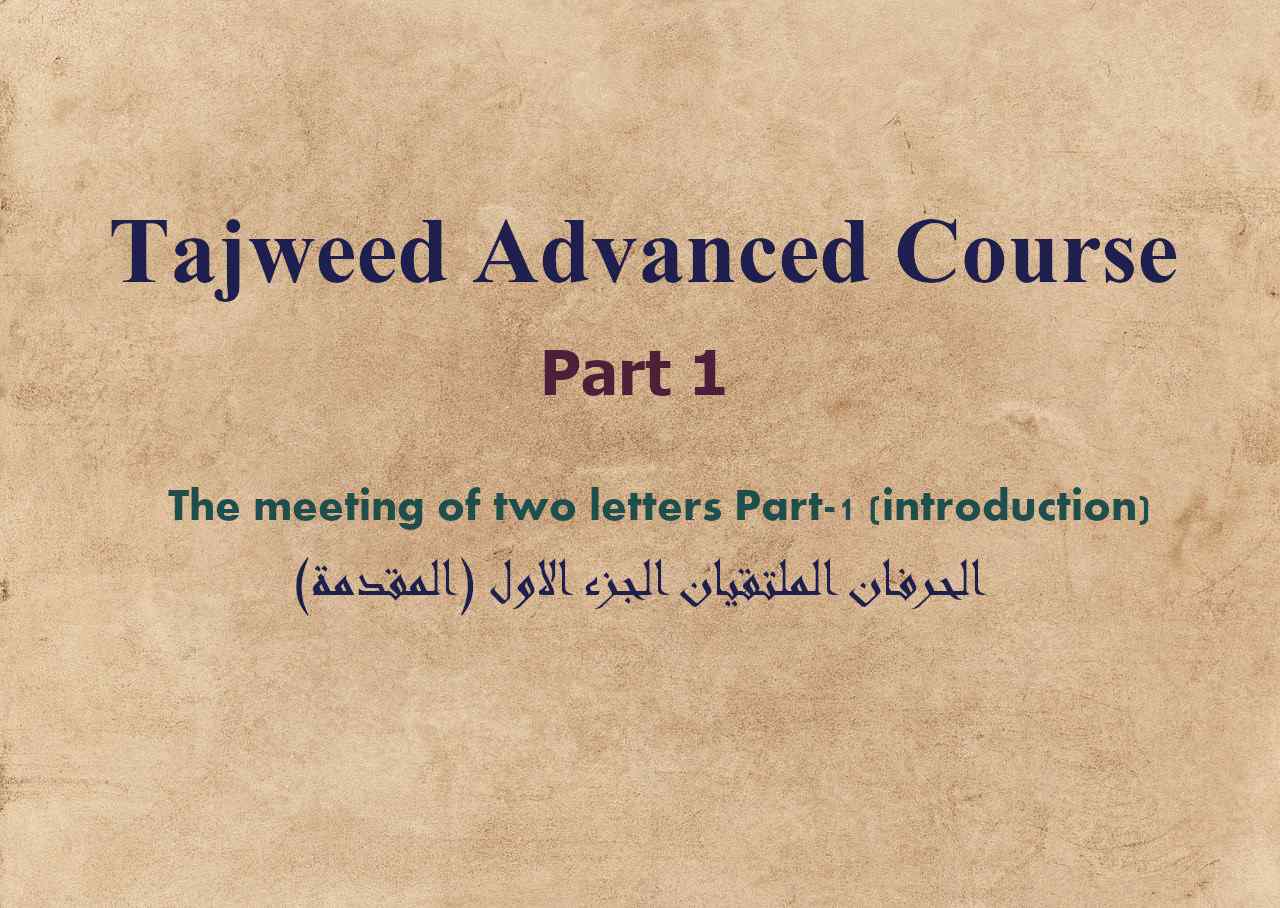 The study of the relationships between letters when they meet in writing and pronunciation is important in determining whether the first letter is pronounced clearly or whether possibility or even a requirement of the first letter merging into the second.

The meeting of two letters is of three different ways:

The first type is what will be discussed , the second and third type do not enter this section or do not
apply to the way we read.
When discussing the relationship of two letters that meet, it does not matter whether they meet in one
word or are in two different words, and the letters meet each other by one being at the end of a word and the other at the beginning of the next word.

It will be continue
TAGS: Course Tajweed Tajweed Advanced Course