WHAT IS The Ten Qiraat ?

Qiraat is: one of the aspects of pronouncing the words of the Noble Quran, which one of the imams specializes in contrast to others in the way and how to pronounce the letters, or in the form related to the pronunciation, with the agreement of methods and narrations about it,

So Qiraat is what is attributed to one of the imams of the Qiraat , while the science of Qiraat; It is: the science through which knowledge of how to pronounce the Quranic words, and how they are performed, whether in agreement or difference with each other, with the ratio of each aspect to his saying, [1] and some scholars have distinguished between the seven and ten Qiraat, and counted that the seven Qiraat are only frequent,

However, that contradicts the statement of the majority of scholars, who attached the seven Qiraat as three Qiraat that Ibn Al-Jazari proved to be frequent, and the scholars agreed to this, and the three Qiraat are attributed to Imam Yazid al-Madani, Yaqoub al-Hadrami, and Khalaf al-Baghdadi, and the public agreed that other than the ten Qiraat are anomalous, and that The ten Qiraat were taken back from the ancestor, and people agreed to accept them.

Get Trial Class or See All Courses

It is required in the correct Qiraat several things, which must be achieved all of them, and if any of them is disturbed, then the Qiraat is considered weak, void, or anomalous,
The conditions are:

The reasons for the different Quranic Qiraat :

The agreement on multiplicity of Qiraat  was mentioned, and it is worth noting that the difference with regard to what the Qur’an is likely to draw, and the scholars were of the opinion that what is meant by seven letters is seven dialects or ways of Qiraat ;And that is in order to facilitate and facilitate, as the Muslims read what they learned without denying one to the other, and the Qira’a of each country varied according to the companions ’Qiraat ; As the Prophet, may God’s prayers and peace be upon him, sent to each country a Companion teaching the Qur’an and its rulings. 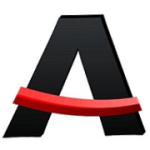