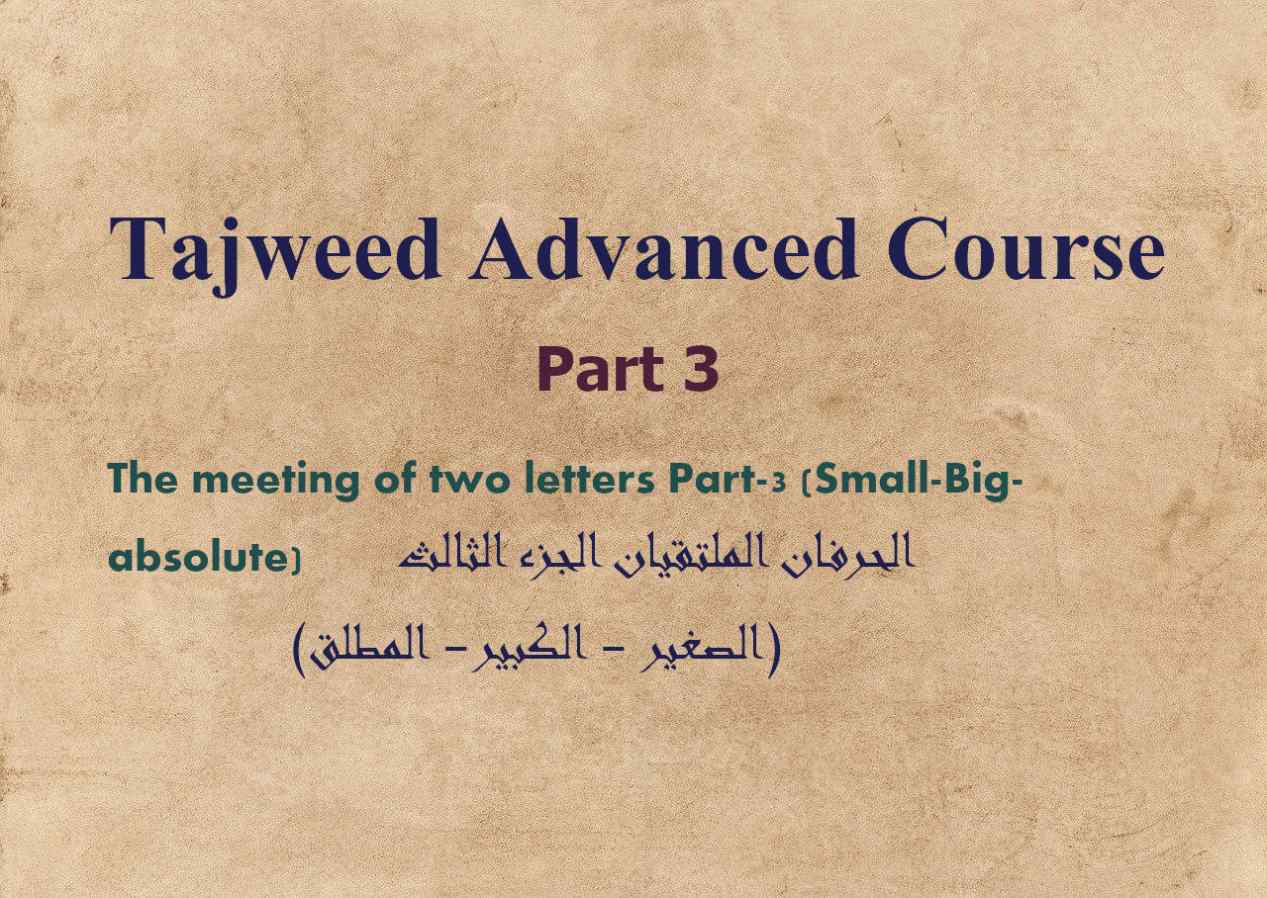 Each one of the Four relationships between two meeting letters divided into three divisions according to the vowels on each of the two letters:

1-Small (Sagheer) الصغير
The first letter is saakin, and the second letter is voweled,It is called small because of its ease and the little effort required in applying it in case of idgham.

2-Big (Kabeer ) الكبير
The two letters next to each other have a vowel, It is called big because of the greater effort required in applying it in case of idgham.

3-The first letter of the two letters has a vowel, and the second letter has a Sukoon. It is called unrestricted.  المطلق

– Idgham can either be complete or Incomplete.

Complete Idgham: There is absolutely NO trace of the saakin letter during pronunciation.

Shaddah is present on the letter that is being merged into Example:

Incomplete Idgham: there is SOME trace of the saakin letter during pronunciation , and also have SOME trace of its characteristics.

No shaddah present on the letter that is being merged into, Example: ( أحطتُ)

Linguistic definition of Idgham is : Insertion or merging.

The applied tajweed definition is :The meeting of a non-Voweled (saakin) letter with a voweled (mutaharrik) letter ,so that the two letters become one emphasized letter of the second type.

In case of Idgham with ghunna: ghunnah is NOT pronounced (except for he letters meem and noon ,as ghunnah is ALWAYS pronounced for these 2 letters when they carry a shaddah).

The meeting of two letters Part-4 (Rules of Reading)