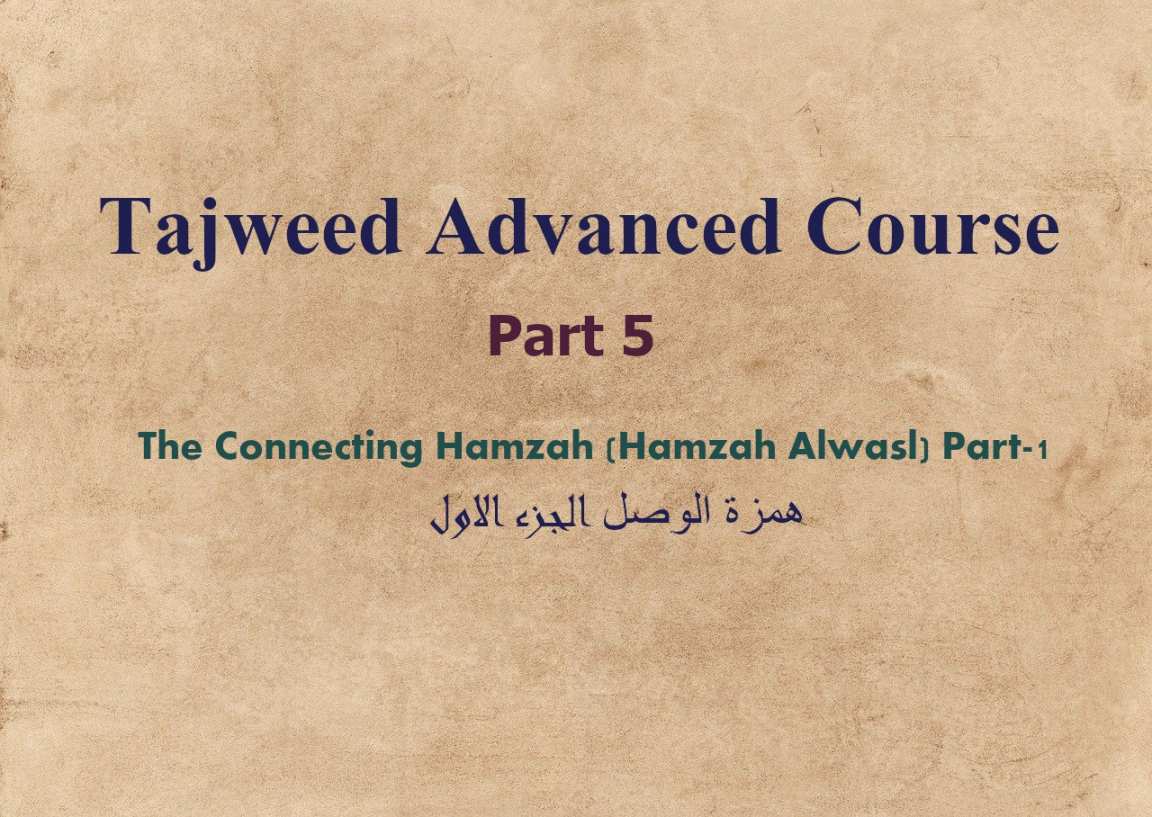 It is established that the reader of the Qur’an must start reciting with a voweled letter, never a sukoon.It is also an established fundamental of reading the Qur’an that stopping is always with a sukoon on the last letter that is recited, Some words are not written with a vowel on the first letter,

And, as stated starting a word with a sukoon is not allowed. In this case an extra hamzah is put on the beginning of the word.This is called Hamzah Alwasl (pronounced Hamza-t Alwasl), and is used to connect it ( to the point of a sukoon that is present at the beginning of the word. Hamza-t alwasl looks like an alif with a little head of ص  over , was taken from the word (salah).

It is an extra hamzah at the beginning of the word, established (pronounced) when starting, dropped when continuing.

All hamzaut alwasl in these words are dropped when continuing (when joining the word with the word preceding it), and are established when starting (starting with the word).

It is called hamzaut wasl  همزة الوصل because connects or joins to a point with a sukoon .

Its Locations or you can find (hamzaut wasl) on:
1-Verbs الأفعال
2-Nouns الأسماء
3-Participles  الحروف

Note : Hamza-t Alwasl can be in regular forms of the above three parts of grammar, which is normal, or rarely in irregular forms.

The meeting of two letters Part-4 (Rules of Reading)