Rules Of Noon Saakin and Tanween 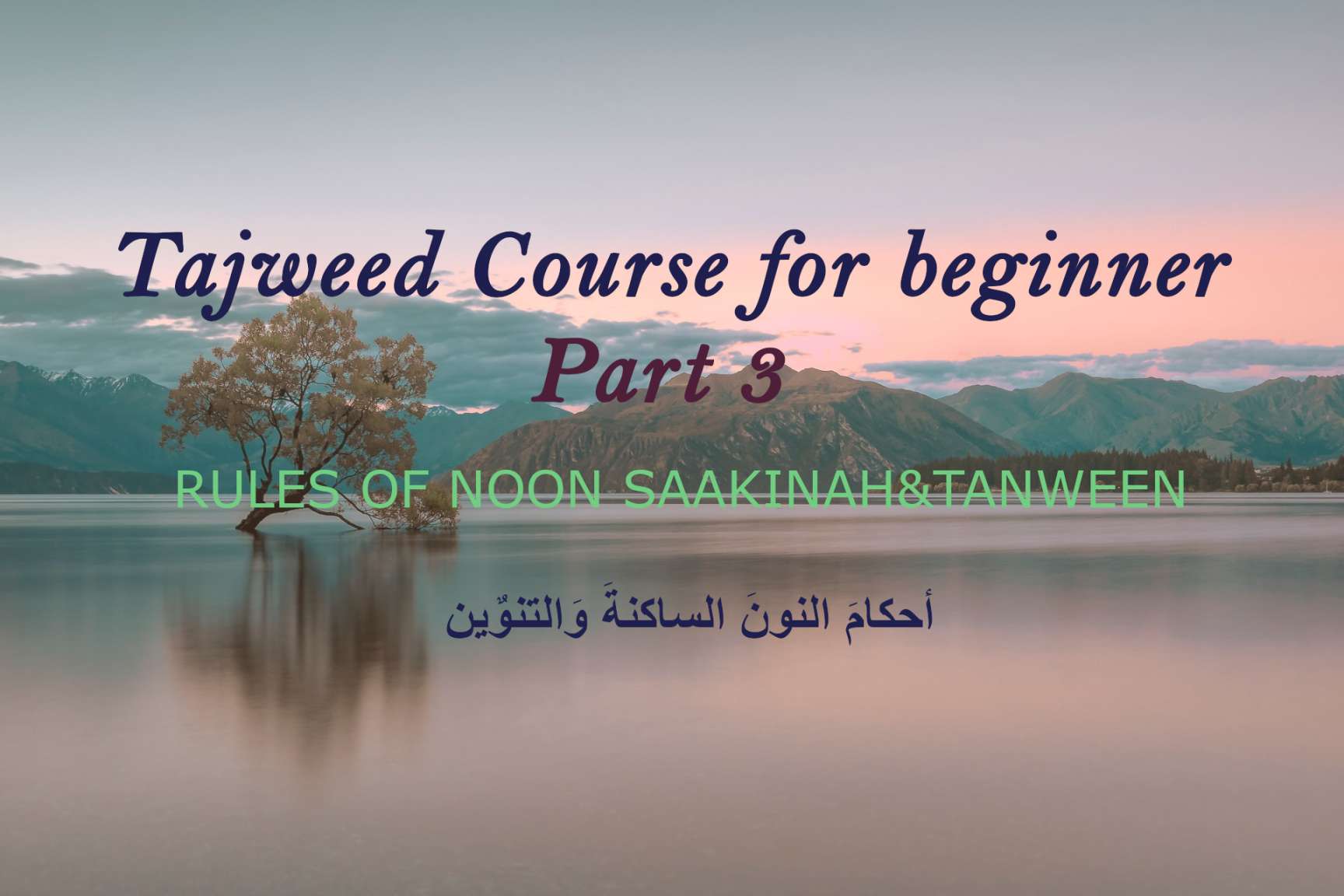 Noon Saakinah: is a Noon with no Harakah or with a Sukoon sign on it (without dammah, fatha, kasrah.)

– The noon sakinah have a sukoon on it or can be written with no vowel.

Tanween:- Is actually a noon Saakinah which comes at the end of the nouns. It is pronounced but not written as Noon Saakinah.

In other words:The Tanween is a term for extra noon sakinah not used for emphasis, found at the end of the nouns when continuing the reading but absent from the noun in the written form (noon of tanween pronounced not written)

Note: Tanween is basically nun sakin added to the end of the word. In continuous recitation, it is pronounced. However when pausing or stopping, the nun sakin is omitted and not pronounced (see table below and the chapter: Stopping on words).

There are four rules For Noon Saakinah and Tanween :