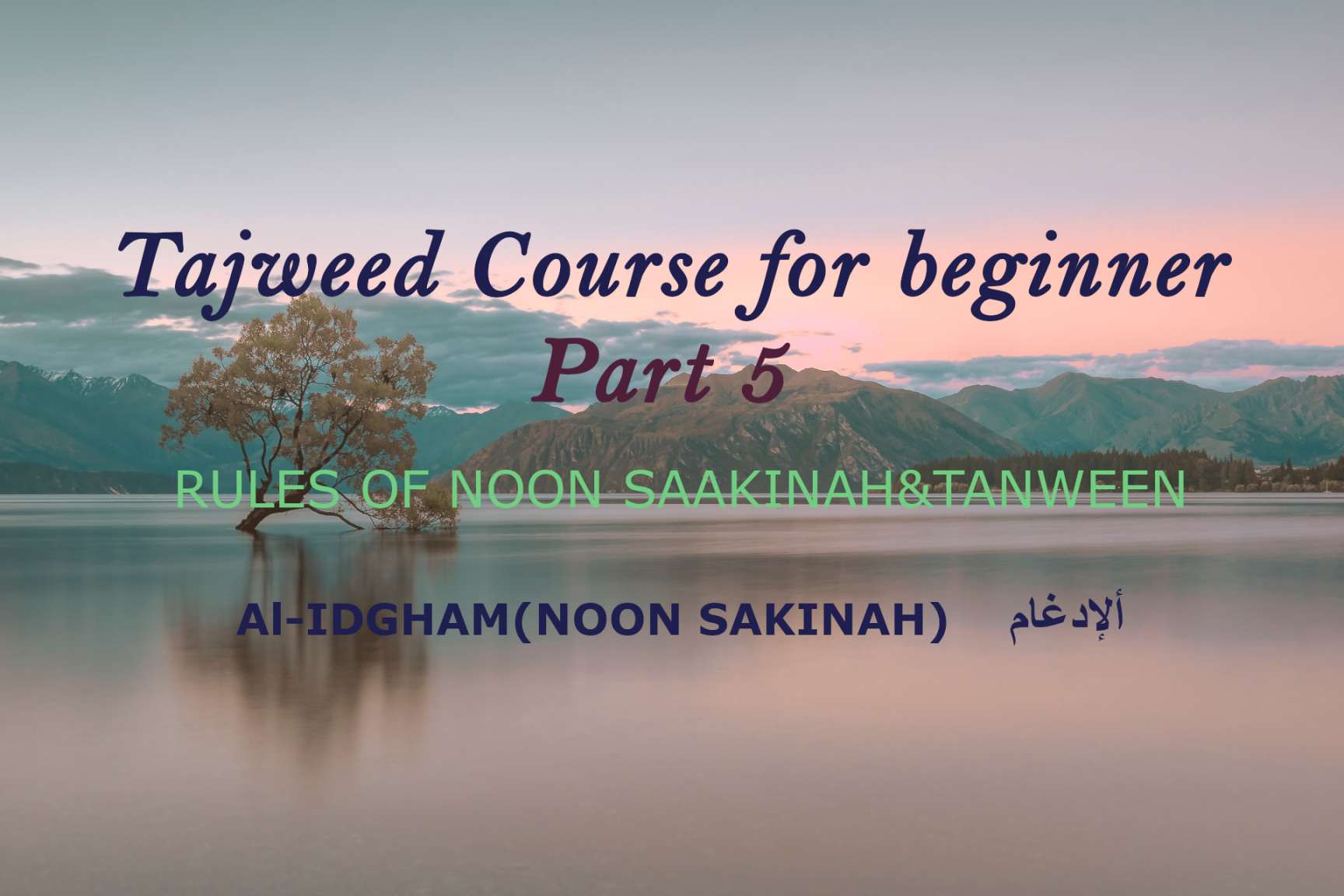 Idghaam means the insertion or merging.
IDGHAM in Tajweed: The meeting of a non-voweled letter with a voweled letter so that the two letters become one emphasized letter of the second type.

Looking at the example:

Remember: The rule of idghaam is applied to nun sakin only.

During recitation, when nun sakin or tanween is followed by any letter from this group, then the nun sakin will be merged into the second letter and be pronounced with ghunna – the ghunna will be held for two counts.

Example :   ( مَن يٌَقُولُ )  will not be pronounced as ‘man yakulu’.
If we separate the letters, it would be  مَن يْ يَ قُولُ
The nun sakin merges with the ya fatha and becomes the second letter. The word will be read as ‘may yakulu’ The ghunna will be held for two counts on the ‘y’.

During recitation, when nun sakin or tanween is followed by any letter from this group, then the nun sakin will be totally omitted and the second letter will be pronounced with a shadda and without ghunna.

Example : ( مِن رَّسُولٍ )  will not be pronounced as ‘min rasulin’.
If we separate the letters, it would be مِنْ رْ رَ سُولٍ
The nun sakin is omitted or cancelled completely and the letter that follows it, will be:

Practice and recite the following words – with no ghunna (no nasal sound).

Note: the Noon Saakin or the Tanween and the Idgham letter have to be in two different words, otherwise the reader is not Supposed to do Idghaam. In this case it will be Izhaar Motlaq ( أظهار مطلق ) and this case can be found only in Four words in Quran          صنوانَ ،َ قنوانَ ،َ بنٌيانَ،َ الدنٌيا