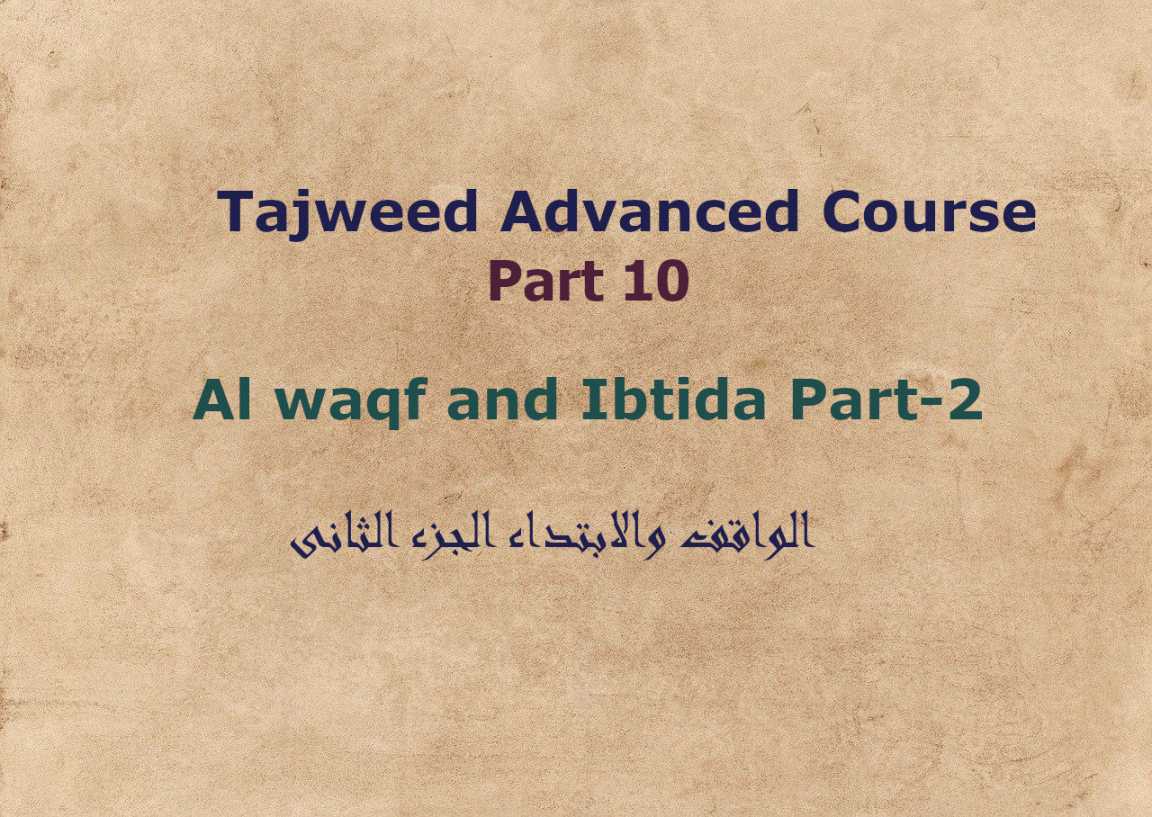 Its Definition: It is the stop on a Quranic word, complete in its meaning, but is attached to what follows it grammatically and in meaning.
It could be attached grammatically such as stopping on something that has a subsequent adjective, before the adjective. It could be stopping on a conjunctive sentence, without the conjunction and its following phrase.

Another possibility is stopping on an exceptional statement, without the exception.

The good stop can be found at the end of verses, or in the middle of verses, just as the other stops.
It is called “hasan” or good due to the fact that stopping on it leads to understanding of a meaning.

You can stop on the word اللَّـهِ  as the meaning in itself is fully understood.

In the name of Allah   بِسْمِ اللَّـهِ

But you can‟t start with what comes next due to its attachment to what follows grammatically and in meaning.

Its Definition: It is the stop on what does not give a correct meaning, and that is due to its strong attachment to what follows in grammar, and in meaning.

The rule for the repulsive stop:This stop not allowed intentionally. It is only allowed when compelled in such as a situation as unexpected shortness of breath, sneezing, or forgetting. After the state that compelled the stop has past, the reader then must repeat one, two, or more words, as necessary to convey the correct and sound meaning. 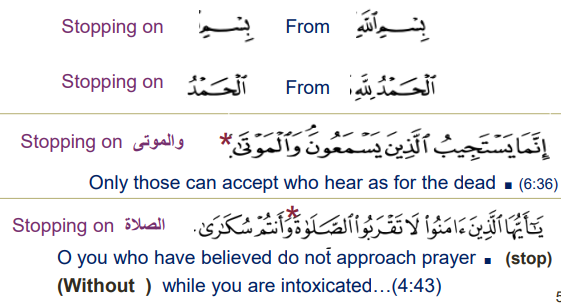 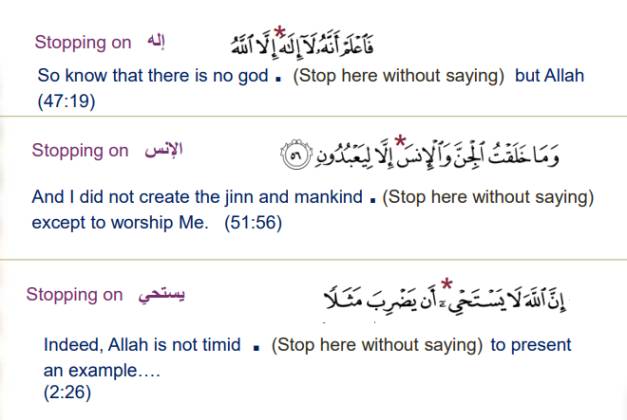