What Is Tajweed Rules 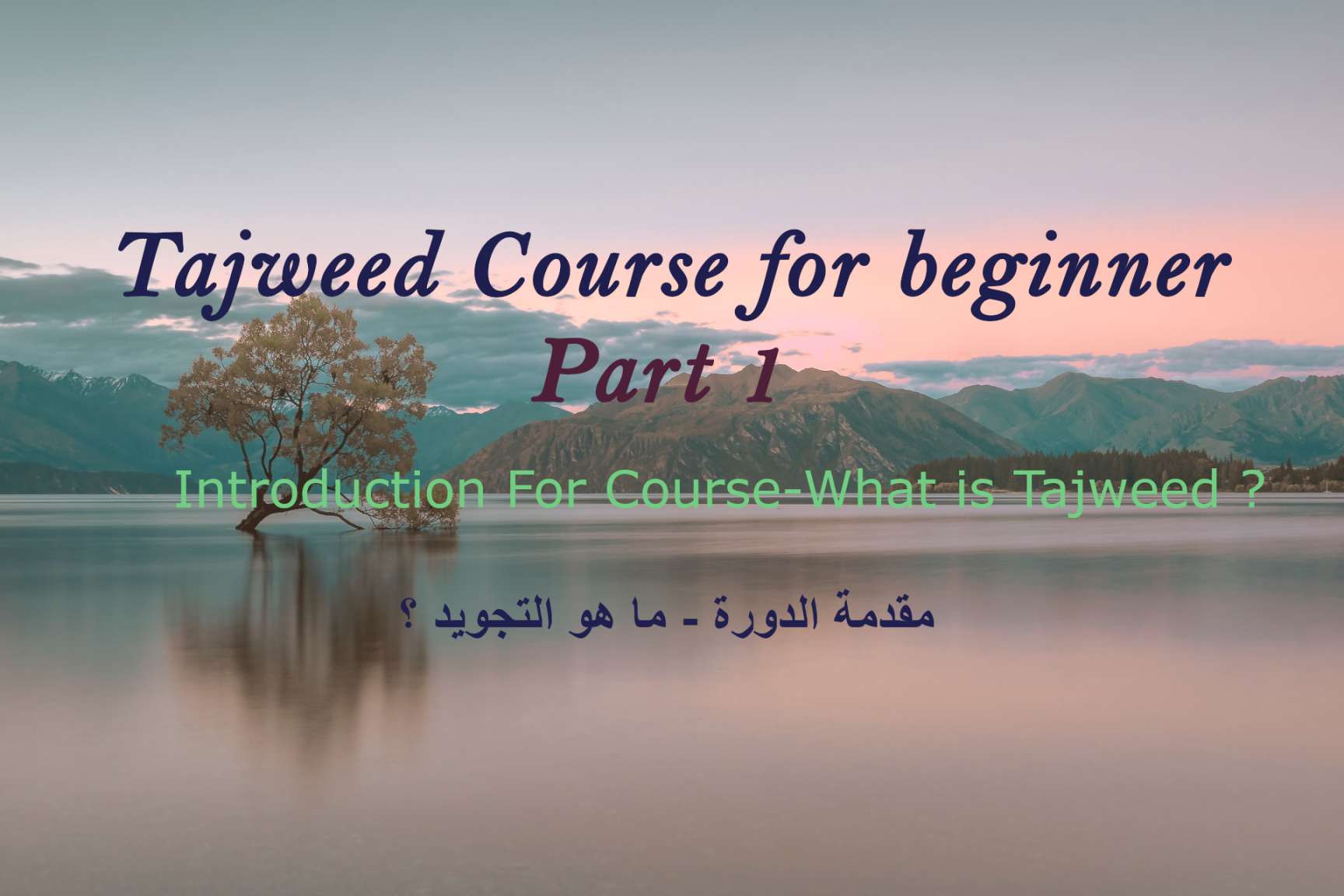 – The Quran was revealed with Tajweed rules applied to it. In other words, when the angel Jibreel ((AS)) recited the words of Allah to the Prophet Muhammad (SAW) he recited them in a certain way and he showed the Prophet (SAW) the ways in which it was permissible to recite the Qur’an. So it is upon us to observe those rules so that we recite it in the way it was revealed.

At the time of the Prophet (SAW) there was no need for people to study Tajweed because they talked with what is now known as Tajweed so it was natural for them. When the Arabs started mixing with the non-Arabs as Islam spread, mistakes in Qur’an recitation started appearing, so the scholars had to record the rules. Now, because the everyday Arabic that Arabs speak has changed so much from the Classical Arabic with which the Qur’an was
revealed, even Arabs have to study Tajweed.

The ruling of reading with Tajweed :

Muhammad bin Al-Jazaree the great Qu’an and Hadeeth scholar of the 9th Century (Hijri) says in his famous poem, detailing the rules of Tajweed: And applying Tajweed is an issue of absolute necessity, whoever doesn’t apply Tajweed to the Quran, then a sinner is he.

So he regarded it as an obligation and he regarded leaving it as a sin. And the majority of scholars agree that applying the Tajweed rules of Qur’an are an individual obligation ( فرض عين ) upon every Muslim who has memorized or read part of or all of the Qur’an. That is because the Qur’an was revealed with the Tajweed rules applied to it and the Prophet (SAW) recited it back to Jibreel in that way and the Companions of the Prophet (SAW) read it in that way, so it is an established Sunnah.

The purpose of  Tajweed :

The Qur’an is the word of Allah, and its every syllable is from Allah. Its recitation must be taken very seriously. The purpose of the Science of Tajweed in essence is to make the reciter proficient in reciting the Quran, observing the correct pronunciation of every letter with the rulings and characteristics which apply to each letter, without any exaggeration or deficiency. And so through this the reciter can recite the Quran upon the way of the Prophet pbuh. as he received it from Jibreel who received it from Allah (SWT) in the Classical Arabic dialect that it came down in.

The obligation of Tajweed :

The proofs that the scholars bring to show the obligation of Tajweed is that Allah says in the Quran,

The meaning of which is: And recite the Qur’an (aloud) in a (slow and melodious) style (tarteela) (Surah Muzzammil, Ayah 4)

“This was not how the Messenger of Allah (SAW) recited it to me!” So the man asked, “How did he read it to you oh Aba Abdir-Rahman?” So he said “Lil Fuqaraaaa-i wal masaakeen”, he elongated the word Fuqaraa and the knowledge of the different lengths of elongation (mudood) is also from the rules of Tajweed.