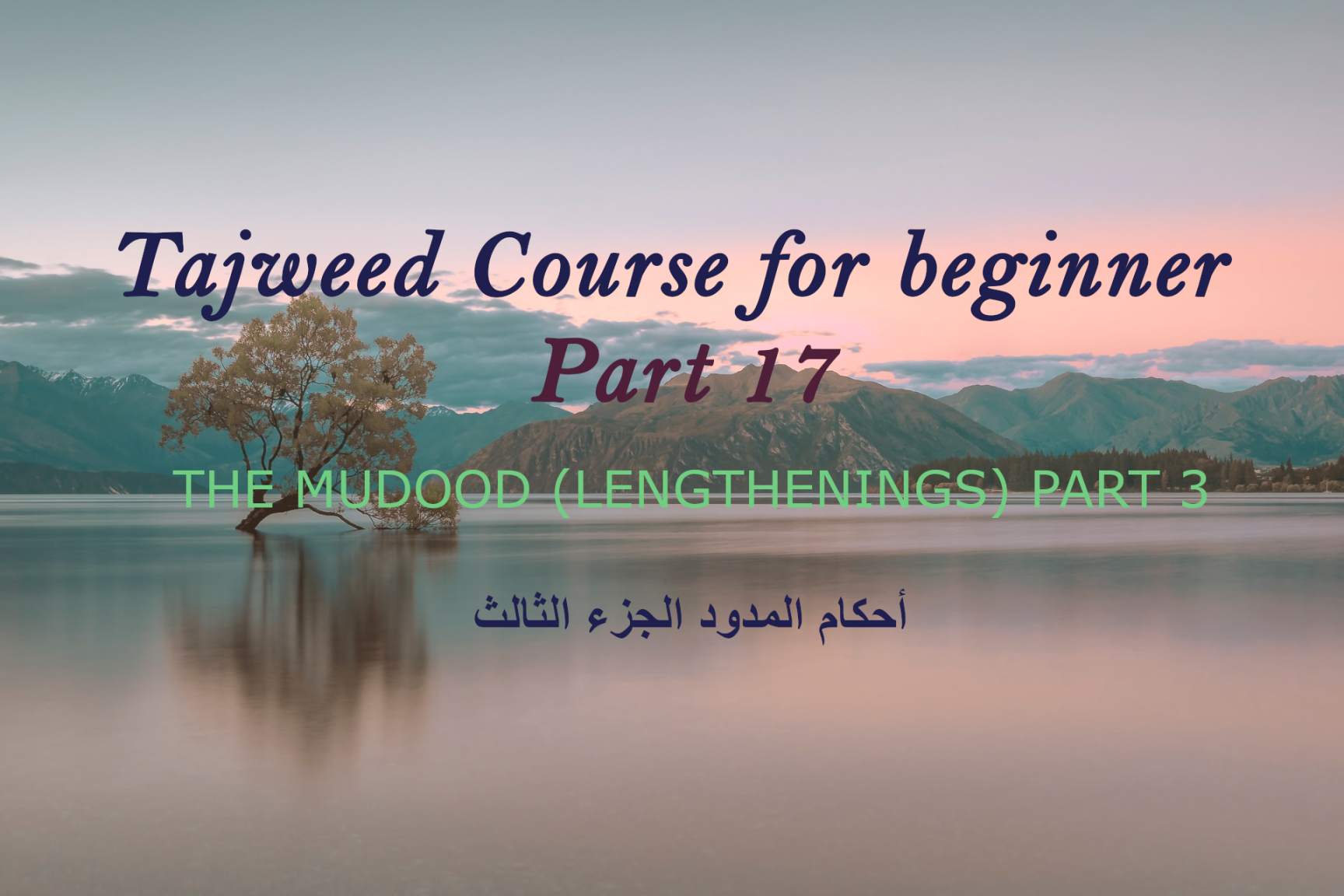 The Secondary(Derived) Madd divided into: 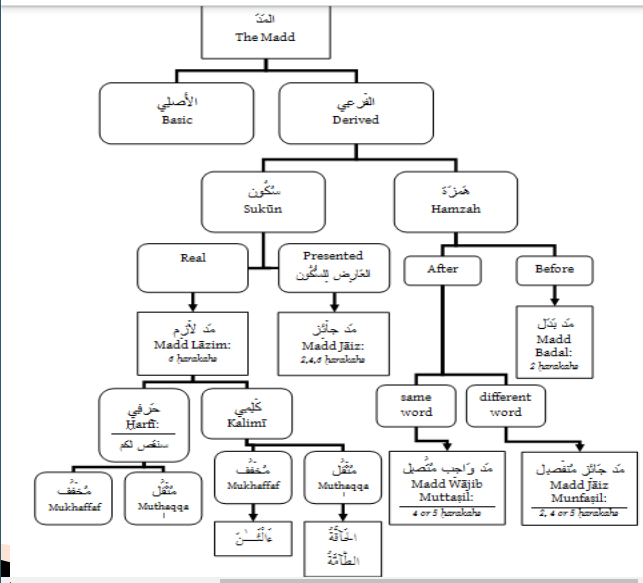 First : lengthening caused by a Hamzah:

If a Madd letter [ ا or و or ى [ is followed by a Hamzah ( ء ,(which is present in the same word, the reader should prolong it 4-5 beats.

Jaa’ez Means: “permitted”. Munfasil means “Seperated”.
If a Madd Letter [  ا or و or ى  [ present at the end of a word is followed by a Hamzah (  ء  (which is present in the beginning of the next word, the reader is supposed to prolong the Madd letter 4-5 beats which is Madd Jaa’ez Munfasil .

If the pronoun/possessive pronoun    (  هـ ـه    (   هاء الضمير
representing a third person male gender is at the end of a word (meaning not part of the original make up of the word) and it has a vowel of a dhammah or a kasrah, is between two voweled letters,